Break of a bridge by Vikings

In 2016, a new group of attacking units, Vikings, first appeared in the game. Their main distinctive feature was that under certain circumstances they could break protection bridges of enemies. Vikings managed to make a dramatic difference in outcome of many battles.

Why only Vikings can break bridges?

Any battle ends if the following conditions have been fulfilled (the figures are relevant for a standard castle): 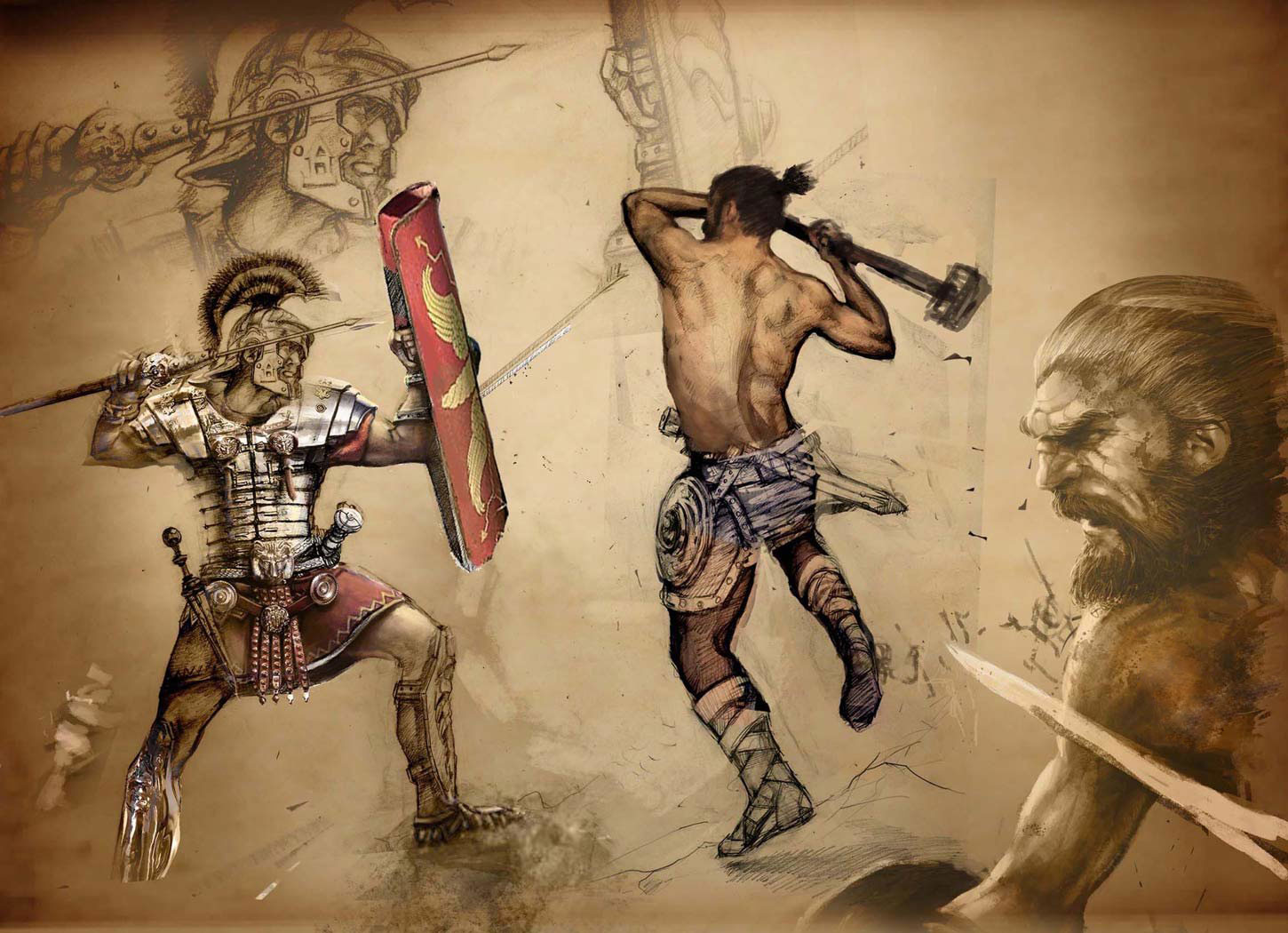 If one or more of the conditions are not met, the battle continues in the next round.

As a rule, at the beginning of the next round, the defending party reserves more than 100 soldiers. Therefore, to finish the battle, the attacking unit has to preserve in a combat not more than 99 units. Before Vikings, no attacking army could destroy an outnumbering army that consisted of defending units. For example, 99 Lancers (which used to be the strongest attacking units until Vikings appeared) can destroy not more than 80 defending units even if the latter are presented only by crossbowmen (units against which they are most effective). Thus, if the defending party reserved in defense more than 100 soldiers, it guaranteed that there would be next round and, consequently, continuation of battle.

How has the situation changed with occurrence of Vikings? Vikings showed extremely high attacking performance, so high that 99 Vikings can destroy more than 100 enemy defending units.

Each Viking (Berserker, Nordic Archer or Axe Rider) is efficient strictly against particular type of defending units. Thus, for example, Berserkers are more effective against enemy cavalry, Nordic Archers are highly efficient against infantry, and Axe Riders are best against artillery. In general, to break the bridge successfully, two conditions shall be met:

On our website you can find a calculator of battles, it is free to use. With the help of it, you can always assess the possibility of breaking the bridge by your Vikings.

Suppose, there is a battle for a fully improved fortress. By the beginning of next round, the defending unit brings 490 crossbowmen and 20 Scorpion Riders. In addition to usual attacking units among its ranks, the attacking army has a considerable number of Vikings. To have chance to finish the battle in the next round and gain the fortress, the attacking party shall preserve in an attack not more than 499 units. Since the defending party places great focus on crossbowmen, to successfully break the bridge, the attacking party shall preserve 499 Axe Riders and withdraw all the rest units back home. You should use the Vikings from the strongest castle: you are more likely to accomplish the break with Vikings that came from town.

Let’s use our battle calculator from the website to assess the possibility of breaking the bridge. 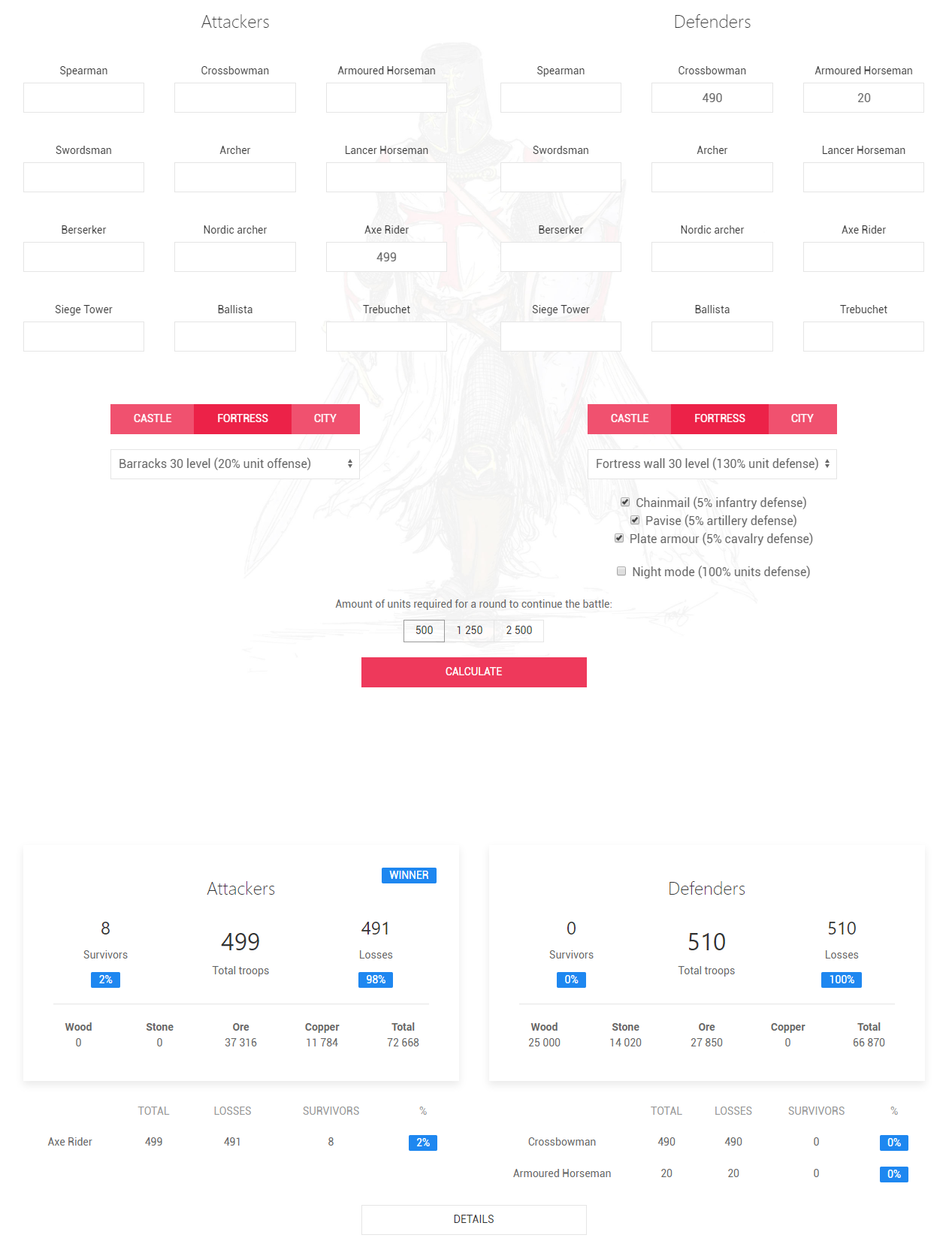 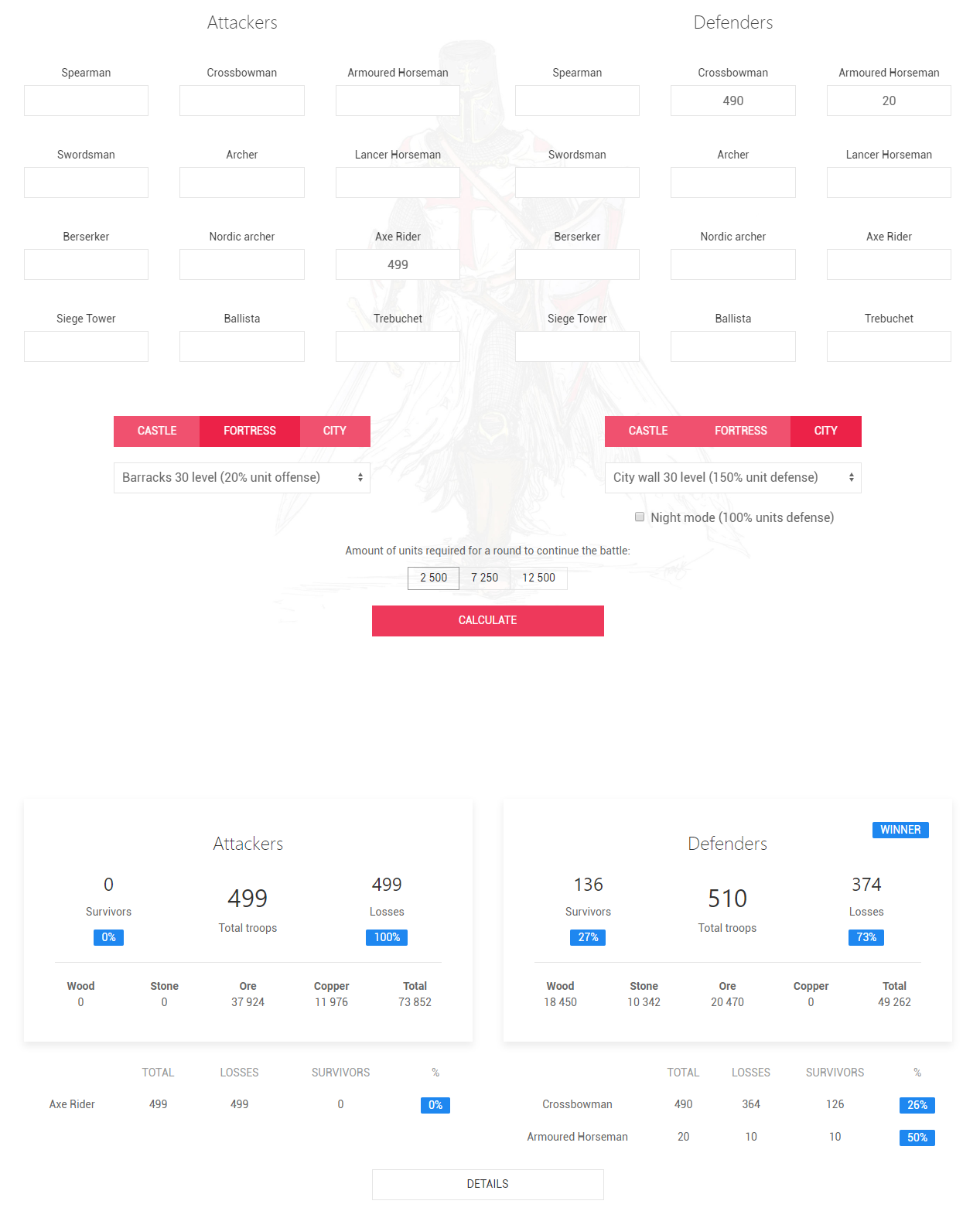 In this case, even if there is a minimum required number of soldiers remained on the defensive, the attacking party cannot break the bridge. You can play around with various situations using our calculator.

Tips on the use of Vikings for attacking party

For a successful attack by Vikings, it is important to remember the following:

Planning your defense, keep in mind that the enemy may attempt to fracture the battle position with the help of Vikings. If your defense is constructed properly, it cannot be ruined even by Vikings attacking from the town. Here are some important tips:

Good luck in your battles!